How to Cook Sydney Rock Oysters: A Detailed Outline 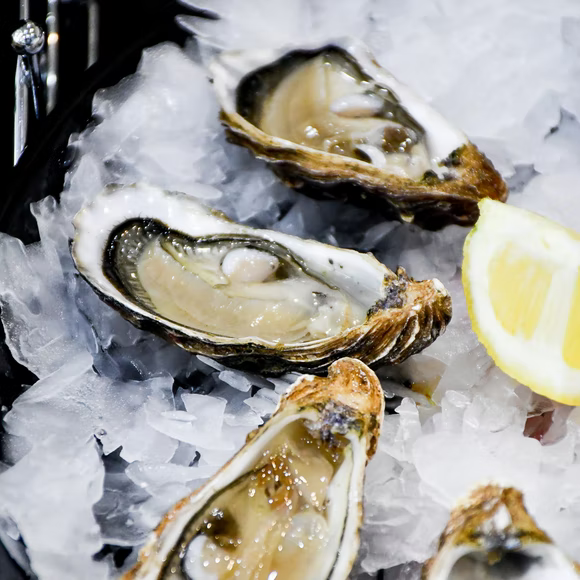 If you’re looking for a seafood dish that is both delicious and healthy, look no further than Sydney rock oysters! These oysters are a type of bivalve mollusk that is native to Australia. They are low in calories and high in protein, making them the perfect choice if you’re trying to eat healthy. In this article, we will discuss how to cook Sydney rock oysters using a variety of methods. We will also provide information on the health benefits of this food. Let’s get started!

The first step in cooking Sydney rock oysters is to shuck them.

Shuck means: to remove the shell from (an oyster, clam, or mussel).

Before you shuck the oysters, you will need to gather the following supplies: a sharp knife, an oyster fork, a towel, and some lemon wedges.

When you are ready to shuck the oysters, place them on your work surface with the hinge side facing up.

Use your knife to cut the muscle that attaches the shell to the oyster. Be careful not to cut into the oyster itself.

Once you have cut the muscle, use your oyster fork to pry open the shells. If the shells do not open easily, use your knife to cut the adductor muscle that holds them together.

Once the shells are open, use your fork to remove the oyster from the shell. Be careful not to pierce the oyster with the fork.

If you are using shucked oysters, simply skip this step and move on to cooking them.

Now that we have shucked the oysters, it’s time to cook them.

There are a variety of ways to cook Sydney rock oysters, and we will discuss a few of the most popular methods here.

To steam oysters, you will need a pot with a tight-fitting lid and a steamer basket.

Place the oysters in the steamer basket and cover them with water.

Bring the water to a boil, then reduce the heat to medium-low and simmer for three minutes.

Remove the oysters from the pot using tongs, and serve with some melted butter and lemon wedges.

The second cooking method is grilling.

To grill oysters, you will need a grill and some shells or a grilling basket.

Place the oysters on the grill, being careful not to spill their liquor.

Grill for two to three minutes, until the oysters start to open.

Remove the oysters from the grill and serve with some melted butter, lemon wedges, and your favorite hot sauce.

The third cooking method is baking.

To bake oysters, you will need an oven-safe dish and some parchment paper or foil.

Place the oysters in the dish, then cover them with parchment paper or foil.

Bake for eight to ten minutes at 425 degrees Fahrenheit.

Remove the oysters from the oven and serve with some melted butter, lemon wedges, and your favorite hot sauce.

The fourth cooking method is frying.

To fry oysters, you will need a deep-fryer or a pot with some oil.

Place the oysters in the fryer or pot and cook for two to three minutes, until they are golden brown.

Remove the oysters from the fryer or pot and drain them on some paper towels. Serve with some melted butter, lemon wedges, and your favorite hot sauce.

The fifth cooking method is raw.

To eat oysters raw, simply place them on a plate and consume them within three minutes of shucking.

Raw oysters are often served with some lemon wedges and hot sauce.

As you can see, there are many different ways to cook Sydney rock oysters.

Now that we have cooked our oysters, let’s discuss some of the health benefits of this food.

Oysters are a good source of protein, zinc, and selenium.

They are also a low-calorie food, with only 55 calories per six-ounce serving.

Consuming oysters can help boost your immune system and improve your cardiovascular health.

Oysters are also a rich source of omega-three fatty acids, which are beneficial for both your mental and physical health.

In conclusion, Sydney rock oysters offer many nutritional benefits and are a delicious way to enjoy seafood. Try cooking them yourself using one of the methods listed in this article!

How Can I Find Halal Food Near Me or Halal Restaurants Near Me?

Best Ice Cream Shops in Singapore to Beat the Heat

Top 10 Supplements that are Superb for Boost Immunity